As part of a “bricolage” project, I’m investigating replacing the 2.4Ghz RC transmitter of my tricopter with a WIFI-based system. I believe using WIFI could open the door to a lot of other interesting things... More on that later, if the whole thing ever works!

So I’ve started some experiments at home between my old netbook and a Raspberry PI equipped with a USB WIFI adapter. 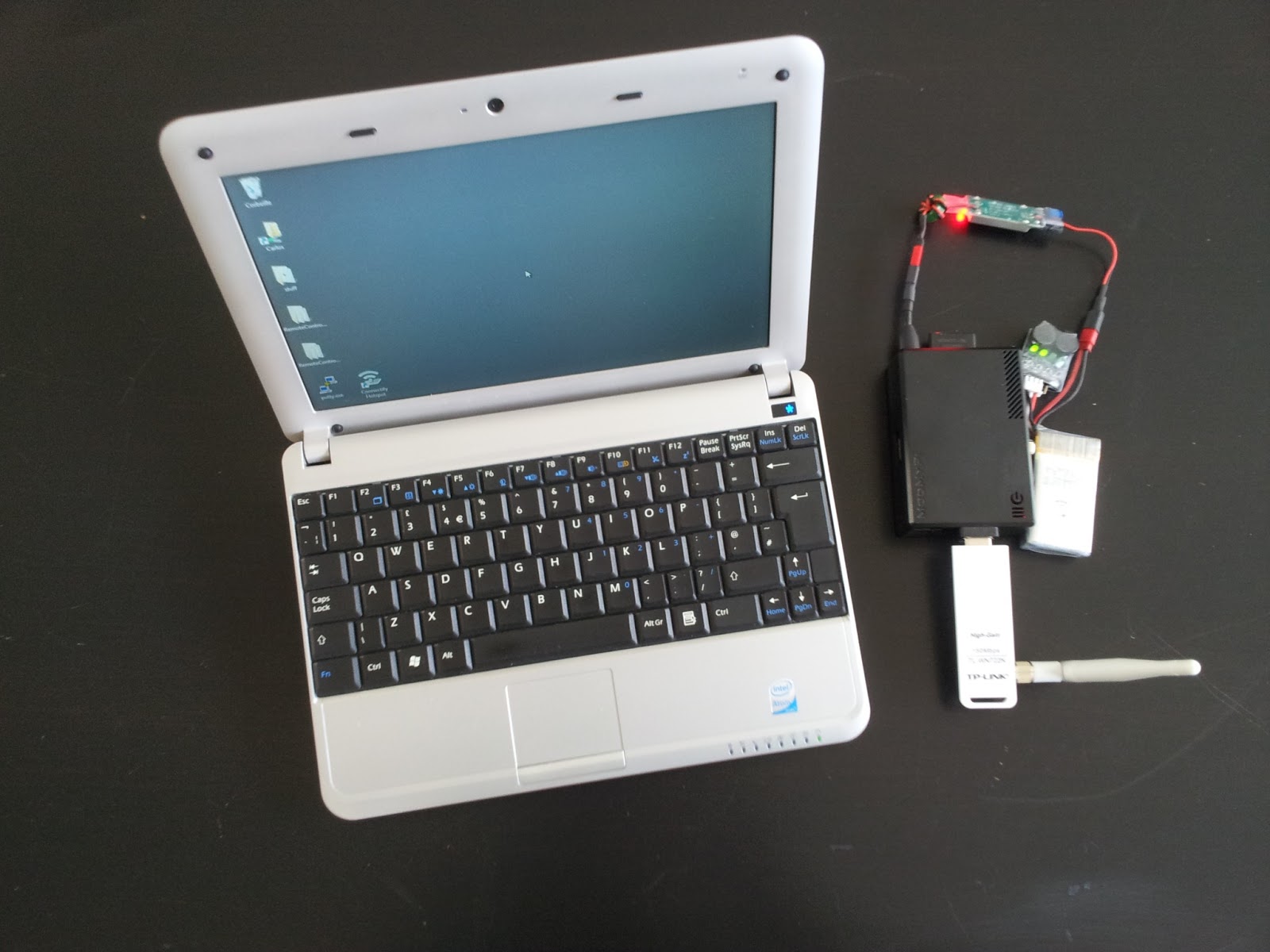 My goal is to transmit packets of data very regularly. I totally accept packet loss every now and then and I expect it to increase as I approach the limit of the transmission range. However, I really need the transmission to be as steady as possible: no transitory lag, no bursts of data and if possible a reasonable (few milliseconds) and fairly constant latency.

In terms of software, I’ve decided to go for the UDP protocol with non blocking sockets checked at a constant rate (basically a main-loop running at a fixed frequency). To study this approach, I’ve developed a command line test application, running on the two distant computers. The app sends packets, or receives them, or do both and log everything into a file.

Each of these data-exchange session is what I call a “test”. The app can go through a series of these tests (each with its own settings), one after the other at specified times. This is the “test schedule”. It is described in a text file that gets read by the application at startup (both end must have the same file). Here’s an example:
A machine is arbitrarily defined as the “server” (initially I wanted it to send the test-schedule to the other one at startup, but didn’t go that far) and the other one is the “client”. Depending on the role, the application will look at the appropriate sections in the file.

For each test, a log is created. For the test named “Test1” in the example above, I get two files “Test1.server.csv” and “Test1.client.csv”. Here are first few lines of one these files:
And now, the fun part! Once I collect all these files, I can visualize the result graphically with another application (using QT of course!):
Being able to analyze graphically what happens in a test is tremendously useful. I toyed with network programming in the past, and making sense of text logs was pretty hard. By contrast, a glimpse at a graph like the one above and you instantly see if something’s wrong.

Needless to say, something did appear wrong right from the first tests...