Controlling a quadricopter with a computer joystick is cool, but controlling it with two joysticks doubles the fun! The goal here is of course to use the Wi-Fi transmission system as a way to teach people how to fly.

Here is how it works:

Here's a concrete example: let say we're at the beginning of the "training". I set up the transmitter so the student is only given one command on his joystick, say the elevators. His goal is to understand its effects on the aircraft (basically it makes the aircraft lean forward and backward). This means that while he's concentrating on it, the instructor (still me!) has to handle the three other commands (throttle, rudder and ailerons). Typically I'll try my best to hover a meter or two above ground as steadily as possible, so the role of the elevators in this examples is clear to the student.

After a while, when the student appears to be comfortable with a command, I give him another one to try (combinations are possible).

Of course, if he makes a mistake and the aircraft starts going nuts, I can take back full control with the push of a button!

The whole experiment took place with three different guinea pigs (thanks Daniel, Cédric and Cécile!) and it worked like a charm! Well almost... only a single benign crash at step 6 :) I won't give names!

Here are some photos and footage! 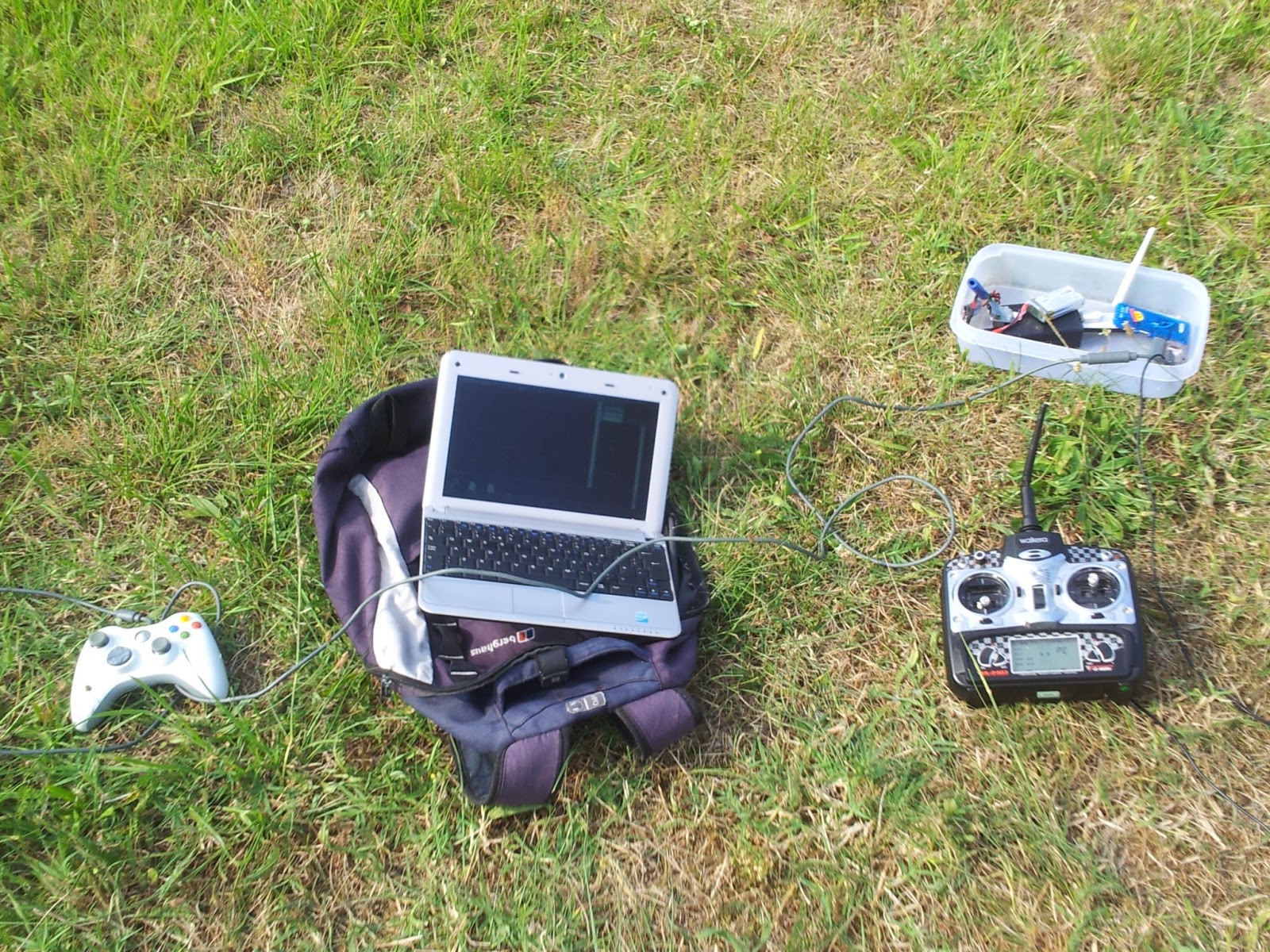 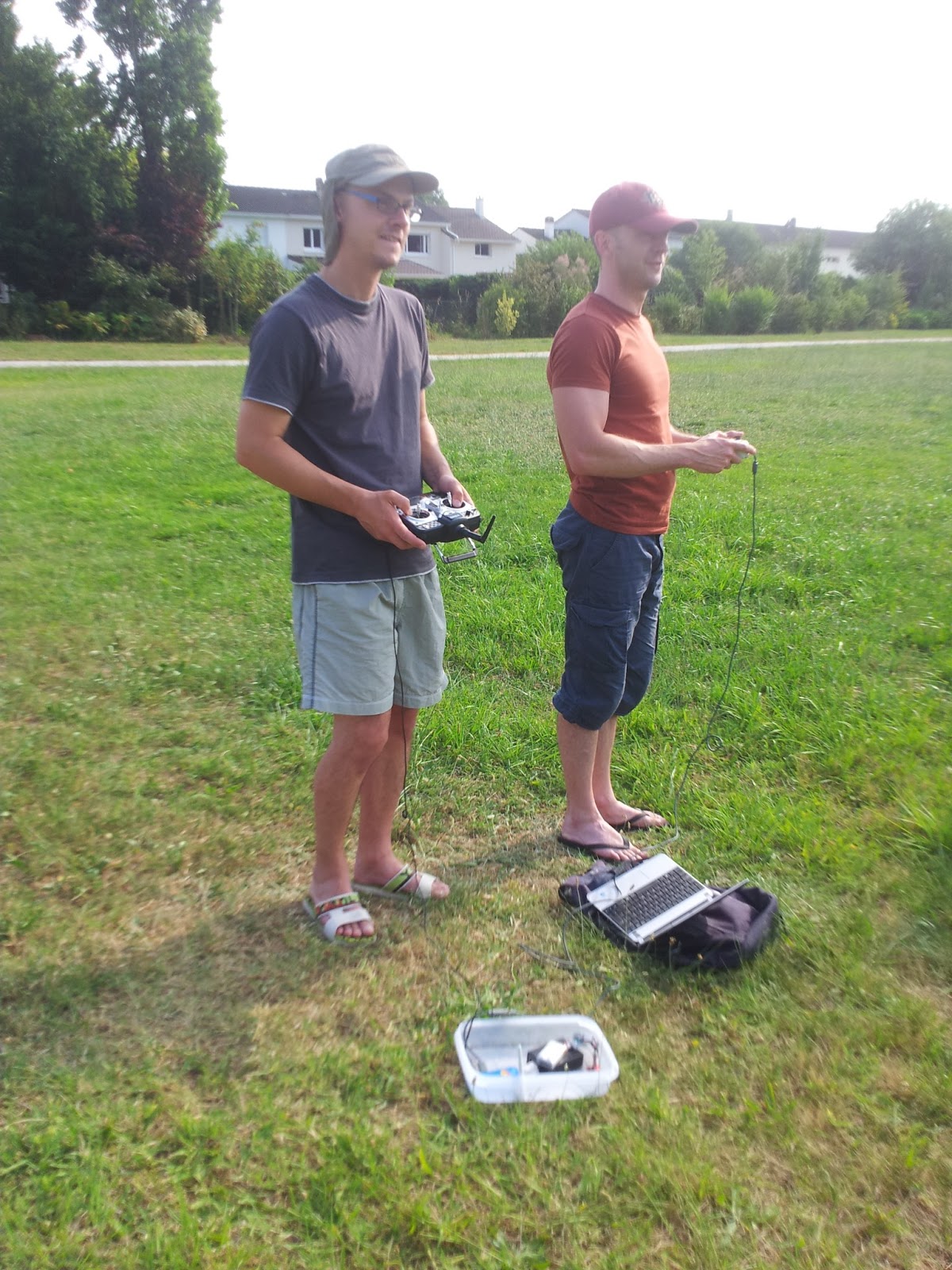