Powering the Oculus Rift from a lipo battery

In order to make the Rift more transportable I wanted to get rid of the wall power supply. As I had a lipo battery and a spare UBEC lying around I decided to give them a go.
The battery output is 7.4V so it needs to be reduced to around 5V. This is done using an UBEC from the RC world.
The UBEC comes with bare output wires. As I use JST connectors a lot, I've soldered a male connector for the output (same as the battery output connector).

And finally, I just had to make a small JST-DC coaxial adapter cable. I think the DC connector I used is a type M (2.1mm inside diameter).

Once connected the whole thing looks like this (a bit cumbersome)... 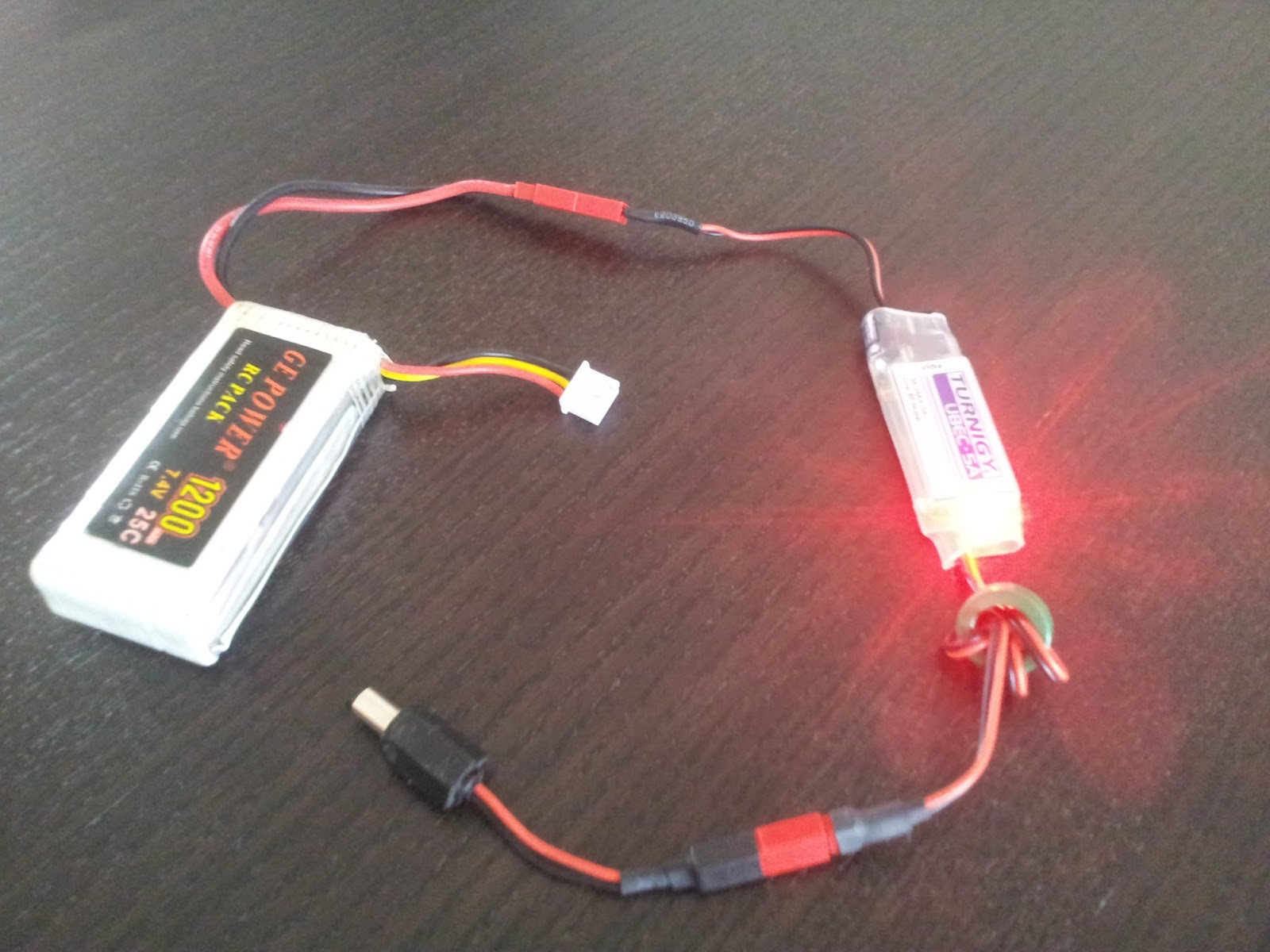 The output reads about 5.2V which is very close to the output of the wall power supply, and the Oculus is pretty happy with it! 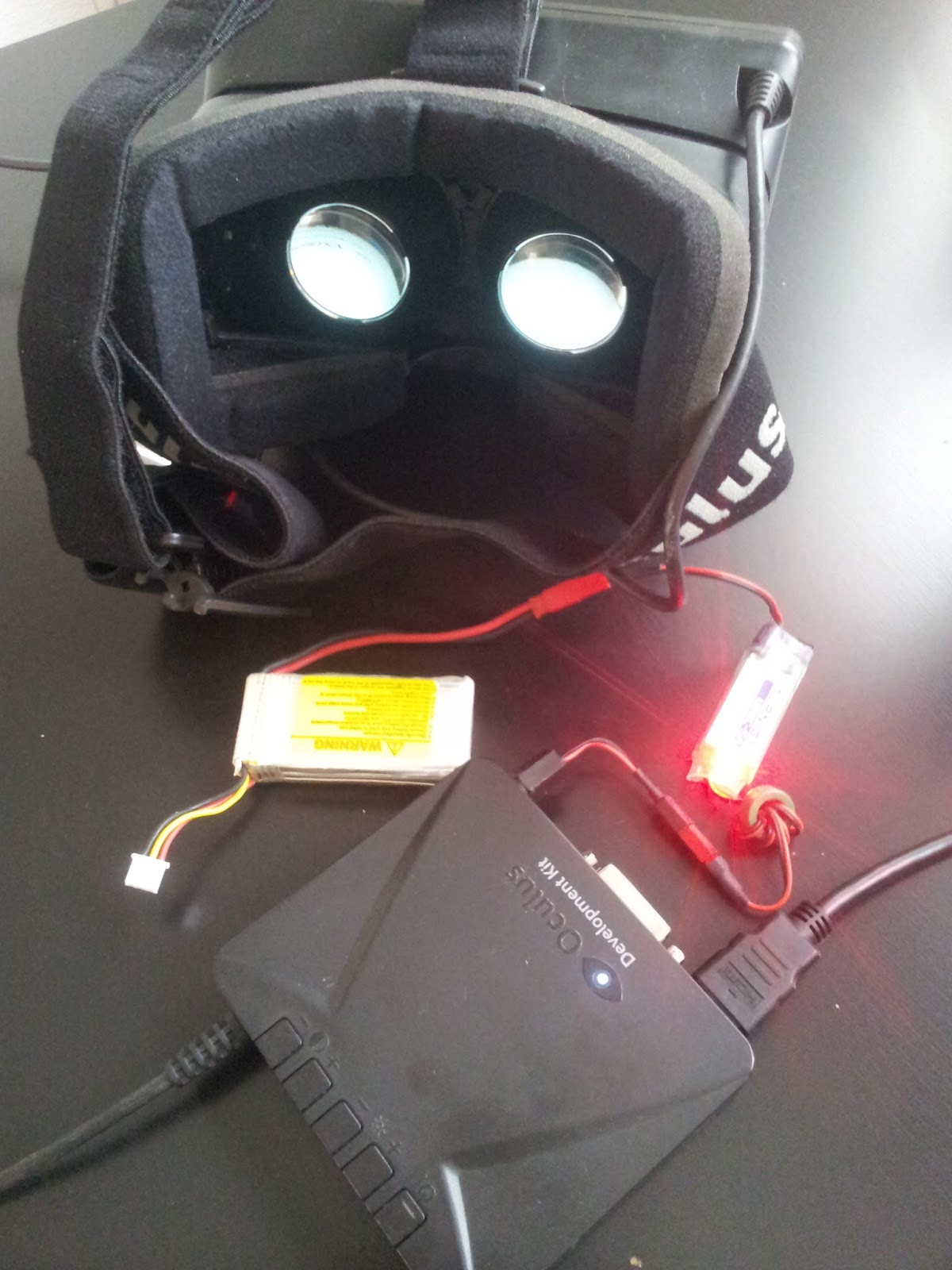 It's important not to power the Rift with an empty battery as the voltage would be too low. To detect that, you can use a low-voltage alarm plugged into the charge lead of the battery. Something like this: 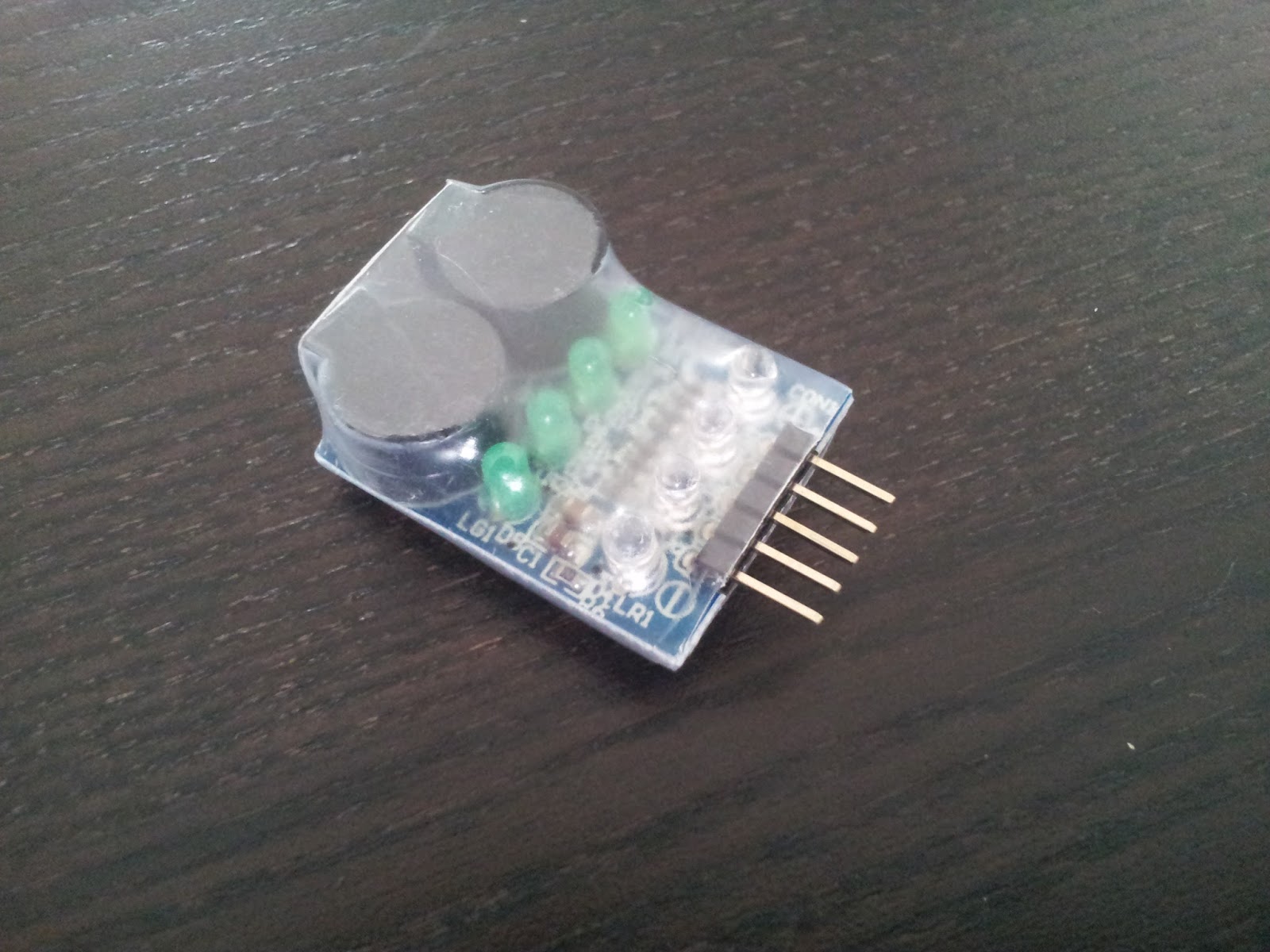 So all this works OK, but I'll probably go for a simpler solution like an USB-to-DC cable as mentionned on the Oculus forums. It'll draw power from a spare USB port on the laptop/computer. A computer is necessary anyway for producing the images in the first place.